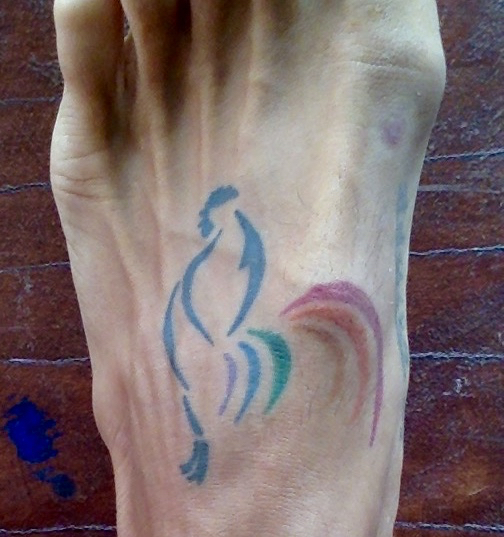 The “critical mass” was apparently reached and another barrier has been transcended.

Similar to the critical mass or “tipping point” phenomenon, I heard an interesting theory (though discredited in the scientific community) called The Hundredth Monkey.

On an island in Japan, sweet potatoes were fed to a community of monkeys.  The sweet potatoes were covered in sand and although the monkeys enjoyed the food, they disliked the gritty texture on their teeth.  A young, female from one of the troops discovered that washing the potato in a stream removed the sand.  Others in her family began to copy her technique.  The idea spread slowly and some of the older generation preferred to eat their potatoes sandy.

The name 100th Monkey is used in reference to an arbitrary critical number, which was supposedly reached.  This was suspected because almost overnight, groups of monkeys from other islands and on the mainland began to wash their potatoes also.  It was as if their knowledge had spread without direct contact.

A zoologist, Dr. Lyall Watson, made the observation:

“Let us say, for argument’s sake, that the number was ninety-nine and that at eleven o’clock on a Tuesday morning, one further convert was added to the fold in the usual way. But the addition of the hundredth monkey apparently carried the number across some sort of threshold, pushing it through a kind of critical mass, because by that evening almost everyone was doing it. Not only that, but the habit seems to have jumped natural barriers and to have appeared spontaneously, like glycerine crystals in sealed laboratory jars, in colonies on other islands and on the mainland in a troop at Takasakiyama.”

Sounds like every fashion trend when I was growing up.

To whom it may concern:  Any time you want to join this type of lifestyle, even if it’s only for a week or two, you are welcome to join.  You can come down and stay at the place I am staying where my cost of living is currently about $40/week.  That is not a typo.  You will be expected to work around the house and garden and help with the organization of the mural project.  This particular offer stands as long as it is listed online.  It and other offers can be viewed at http://www.workaway.info

That being said, I don’t believe you or anyone else truly envies my life, because if they did, they would take the offer to join me on a backpacking adventure.  I’m not lonely, actually quite the opposite because there are so many backpackers out here already, but it has been frustrating to hear over the years people say, “I wish I could do that!”  And when given the opportunity and means, they sheepishly decline, protecting themselves with paper thin excuses.

I guarantee I can get you a one-way airplane ticket for less than $300 from anywhere in the continental U.S.  I’ll pay the difference if it’s more.  Take a short vacation or a long term hiatus from work.  Come check out what it’s like to live outside the United Boxes of America.  It’s a game changer.

What would you do if there were no time?  With infinite time, there would never be a hurry to do anything.  Even if what you were doing at some moment were a complete waste of time, there would be no time and therefore no way to waste it.

Would the activities one took part in therefore only be chosen on a purely enjoyable basis?  Would boring and useless activities still be performed to milk them for every last drop of amusement and value?  If you were immortal, you could first acquire vast amounts of influence through hard work in order to have good karma and the means to fully enjoy yourself.  Then you wouldn’t be a peasant for all of eternity, but then again, what is the hurry?  You could wait a while before getting to work.  Maybe as you enjoyed sloth, you would realize that you already have everything you need.

Do your feet hurt?  Shin splints?  Check out where your weight is going in your feet.  If most of the force is ending up on the balls of your feet, your shins will always be angled forward slightly.  Don’t just believe me, try it out.

The Talus bone connects the shin to the foot.  If you want the pain to go away, make the weight transfer 50% to the heel and 50% to the balls of your feet.  Your foot rocks a bit as you step, but the forces should average out to be even when walking, standing, or climbing.  Doing this ensures that the shin angle averages out to be vertical.  Too far back and the inertia is absorbed in a “breaking force” due to friction between your foot and the ground.  This is bad for knees.  I learned this getting ready for a half marathon several years back.  Too far forward and you get shin splints because your shin is always trying to bend like a banana.

Try it out.  Just try for a day to make the force equal throughout the foot.  Check out what it does to your posture too.

you can easily see these ants from 15 feet away

At the beginning of Joe Rogan Live (a 1-hour stand up routine which I highly recommend) he is in a car heading to the show. Eat the Sandwich Clip  He basically says we are a very complicated form of bacteria. Every year Los Angeles grows and it looks just like mold on a sandwich.  You can knock it down with a hurricane or set it on fire and it always rebuilds. Joe Rogan says then that he believes that is why humanity is here: to eat the sandwich.  He says, “We are here to fuck shit up.”

Going further with this, I’d like to include the environment and rural issues.  Everyone probably agrees by now that we are going to eventually alter the chemical makeup of the atmosphere or it will change itself as it has done all along.  As this happens we are going to have to evolve (gills, telepathy, whatever) or go extinct.  Since we are only using

Lately I’ve been hearing and reading a lot about people taking the next big jump in evolution.  Like the jump between Homo Erectus and Homo Sapiens, when humans became aware of their thoughts and no longer just acted on instincts.  This is one theory anyway.  Rural areas adopt urban trends and conveniences.  Increasingly successful medical practices and overall healthy living means more babies surviving birth and more people living to a hundred.

Painting a wall seems to take forever because it takes so long to paint the perimeter. As you move toward the center, it gets faster and faster until the perimeter becomes the center.  This is how the rural areas are going to get consumed by cities.  They will be very quiet as the edges are getting “painted”.  And then all of a sudden, oh shit! the suburbs of Los Angeles are also the suburbs of San Diego.  Or Savannah and Jacksonville.  Portland and Seattle. Eventually New York and Chicago.

I say, the sooner, the better.  We are going to evolve again.  As Bill Hicks said, “Evolution did not end with us growing opposable thumbs.”  Let’s eat this sandwich and see what’s for dessert.

i call it a Jumanji Flower

Brugmansia, or Angel’s Trumpet, has been traditionally used in South America for various medicinal purposes and religious ceremonies.  I call it the Jumanji flower and it is very toxic.  Hallucinations, but not the good ones, ensue after digestion.  It is reported that you lose the awareness that you are hallucinating.  In once case the person amputated his own tongue and another arguably important appendage while under the influence of this plant.  It is labeled as “Extinct in the wild”.

uneven because i roasted to perimeter of pan, roast stopped at 14:20. Cool rapidly in colander

at Estucafe they roast for about 10 cafes in Santa Rosa

the wooden handle in the previous picture for aromatic observation. Hipsters use caution: don’t burn the moustache

one of 4 charts for olfactory training

the girl at the roaster told me if you work at a roaster 5 days a week, it takes about 3 years to become proficient

espresso roast is great for lattes, but has less of the origin characteristics 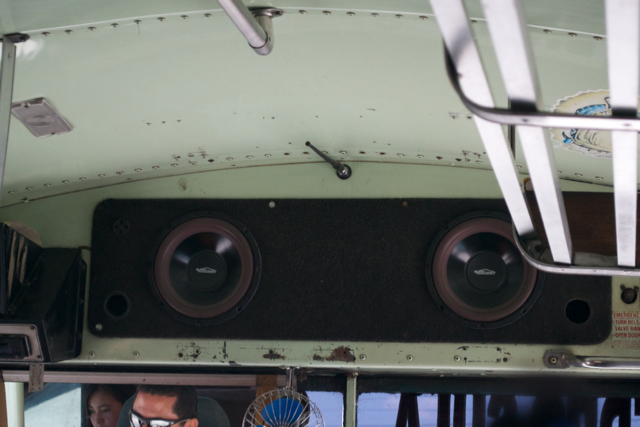 music is important for the road