People make simple decisions based on info.  Read and travel to get more info and make better decisions.

I think aliens would think Walmart is a religious installation.  We have a couple more planned stops and then are really on our own schedule.  Dollar General and similar stores are thriving throughout the country.  These were our favorite stores when I lived on the boat.  When I was a kid, it was embarrassing to go clothes shopping at Walmart, now I love discount stores.  Either I never paid attention to their abundance or it is a economic pendulum effect.  Maybe the country is reaching a point where it realizes it has enough resources in circulation already.  Either way, someone is making a killing on these stores.  I see 5 of each discount store for everyone Walmart.  They seem to have gotten nicer in the last year as well.
Some theoretical investment strategies:
In recessions, cheap stores are popular.  In booms, they stockpile junk.  Every 10 years, alternate.
Take junk from one class and sell to another.
Greenville, SC

I believe this is the most lush place I’ve ever seen in real life. 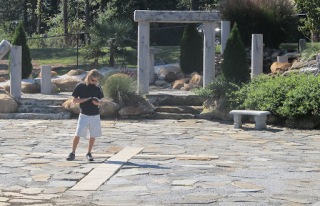 Good vibes for the journey.

Becky and Bruce’s beautiful home and dogs.  Mama, you would love this place.  Lots of German Shepherds.

Thanks, Scott, for the cigars, music, brats, books on tape, advice, recommendations, and everything else. It’s always rewarding to learn from you.  Will keep in touch.

Tennessee is with the times.  I never even knew these existed.
Nashville, TN

Never even knew it was called Music City.  It really lives up to this name. 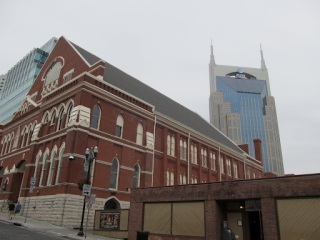 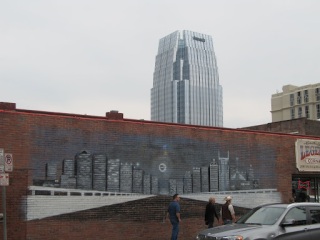 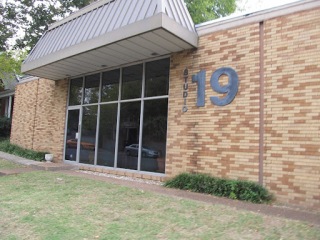 Recording studios literally on every corner.

This town is interesting.  I will be back to explore.
Land Between the Lakes, KY 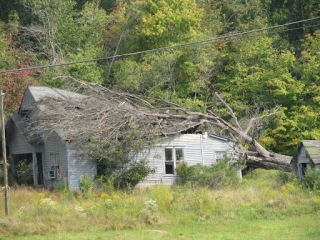 Empty roads, spread out.  We expect to be hassled every single day.  Trying to acclimate to the lack of tension. 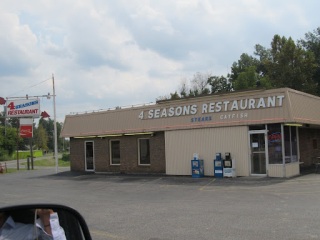 The directions included, “Turn at the 4-Season’s Restaurant.”  It was a small town, so I was a little confused why they would have a 5-star hotel.

Don’t eat these.  They are poisonous.  I said, “Jeff, we should figure out some plants to eat.  They are everywhere and we just need a book.”  I grab some peas and ate one.  Tasted pretty decent and about 2 minutes later I find a website on my phone for eating plants.  At the bottom it says: DON’T EAT PEAS.  THEY ARE POISONOUS.  Right on.  I’m still here so they don’t know what they are talking about 🙂  Just kidding, really, don’t eat ’em.  Getting sick sucks.  I puked my guts out for 2 days on the 4th floor of a hotel in Kathmandu, alone, with no energy to get out of bed and no plan to get more hydrants. You do some scary math, kind of like pizza math, but with survival instead of slices.  Maybe I’ve developed a strong immune system from doing stupid things like this.

I used to think movies are movies and I can’t live like I’m in one.  We did here.  After we finally chilled out and got on Kentucky time (it took about 3 days), we took control.  Full day of chilling, music, reading, cooking, and Kung Fu.  Just before dark, we sparred on the beach.  The cold water felt good to bath in.  Can’t really explain it, but if you lived on an island by yourself, what would you do?

Didn’t even think there were seashells in the middle of the country. 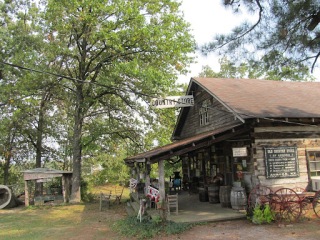 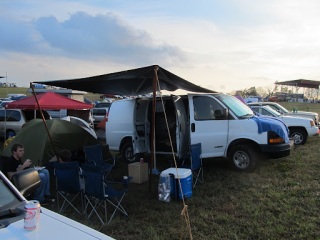 The whole reason we stayed in KY was to go to a music festival.  Starry Nights Sept. 28 & 29.  Mostly locally formed bands, many of which are now world renowned.  This was my first festival.  Go to one.  They are everywhere all the time.  I’ve never felt so unregulated in my life.

There are two stages, so while one is preparing, the other is playing.  I vote Portugal. The Man as my favorite music, although I give stage performance to Cage the Elephant.  There were so many awesome bands that I didn’t even see though.  These two bands were just high on my priority list due to my ignorance and others’ recommendations.  I do dig the music though and will dig deeper.
One of the lead singers said, “Don’t take yourself so seriously.”  Think it was front man for Cage, who by the way is freaking awesome!  This is what I would call a rock star.  He’s 28, so I guess he’s gonna make it, too. 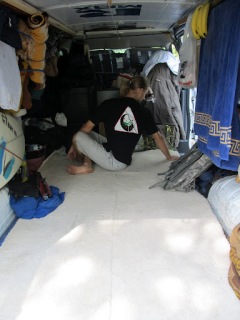 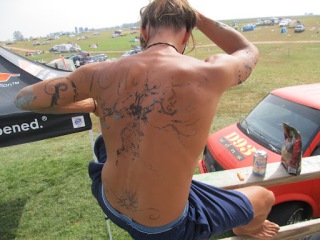 She leaned in and said, “I’m giving you a tramp stamp.” 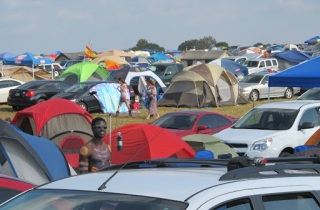 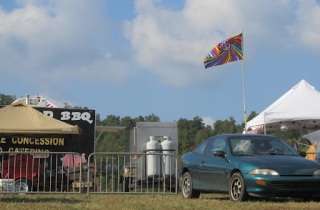 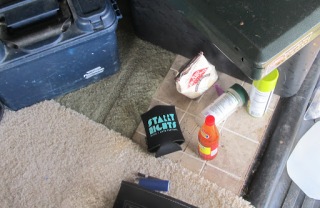 With an exclamation point.  Rude, but geniusly funny.
Evansville, IN

Proud of the fact that we used the compass to decide which way to drive out of the festival parking lot.  Their sign numbers go much higher than ours.  Totally floored by this. 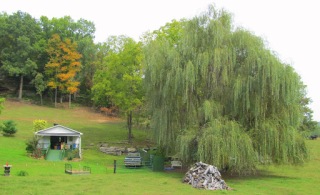 Big tree.  Look at the house.

Indiana?  They have a basketball team or something.  Maybe a cornfield, too.  Jeff has a tendency to avoid this state and I can’t blame him because neither one of us knows anything about it.  He pictures it completely flat and barren.  That is kind of my mission for this trip though.  To fill in the blanks in my head.  I will probably never kill the habit of pre-conceptualizing a place falsely.

I am in a Denny’s right now (4:09AM) and just had my mind blown with a 4 hour long conversation with a waitress.  She traveled by herself to Egypt where she met her husband and eventually moved back with him to Evansville.

We victimize ourselves to win arguments or force our point of view.  But the person you are trying to “enlighten” moves in the other direction.  Sounds like relationships and trying to make someone to like you.  It’s tough letting people be free to make their own decisions, especially because we ALWAYS think we are right.  You think you are, but I know I am.  pride