The most requested topic from last week’s comments was: What are women like in Guatemala?

To get closer to the female population, I started saying yes to opportunities and let (insert belief system) lead me.

At a local wedding, my Nikon camera got me hired as the professional photographer.

My going rate is 2 cold beers/hr.

My friend’s that brought me to Amatitlán.  Population: 100,000. I may have been the only green-go.

To see another laid back version I went to the black-sand beach at Puerto San Jose.

Unlike the famous beach at Monterrico, most visitors here are Guatemalteca.

My data was still scarce.  How could I get closer to hundreds of local women?  …Zumba!!!!

Antigua’s first Neon Zumba Party was expecting 150 people.  Over 500 showed, along with teachers from all over the country.

Being 10 inches taller than hundreds of people in the same room, I feel the occasional burn of self-consciousness.  This feeling flips between scoffing those in front and imagining what the people behind you think of you.  But, it’s all in my head.  This intricate self-sabotage is all but absent in the mind of the latino.  Passionate, friendly, humble – these are Guatemalans.  It’s as if the sun cooks out the paranoia their northerly neighbors exhibit.

Guys are there, too.  Dancing is part of life.  Like breathing air, Latins have to listen to music at all hours.  There are probably Guatemalans that don’t start dancing at a young age, I just haven’t met them.

In the U.S., our culture provides our first rhythm lesson as an awkward middle school dance.  For some of us, it’s the first time we’ve tried moving to the music since the last time we were laughed at.  It seems customary of the “developed world” to criticize those acting on their own intuition.  All ants should march in line with the others.  The marching orders in Guatemala range these days from Enrique Iglesias to dubstep salsa.

Another guy from the States said, “Man, you are crazy!  How did you lose all inhibitions?”  I told him, “It’s always a battle.  I constantly have to resist my western habits.  When I realize the people behind me aren’t judging me, I just listen to the music and it all falls into place.” 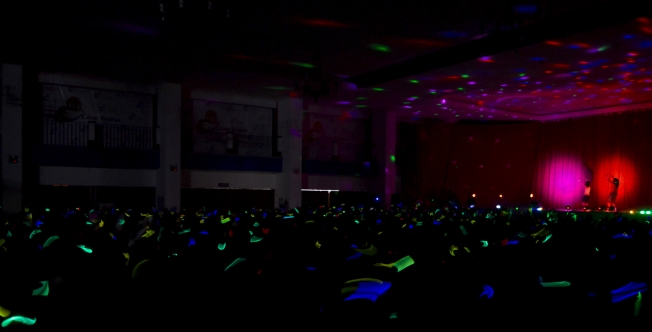 One American girl sat by the stage and made negative remarks about one guy’s dancing.

One thing about Latin women: they appreciate effort and understand that not everyone has been dancing since they were 3 years old.

The same goes for Spanish.  Ask a German a question in German and they answer in English.  If a foreigner gets one word wrong, American’s think it’s hilarious. Down here, the locals display infinite patience to help you learn their language.  They are honored by the gesture.

In addition to this research, I work with women and have lived in Antigua for 6 weeks.  Here’s what I learned:

Women in Guatemala are the same as at home or anywhere else; that is, they are all different.

There’s a common misconception that people are different in different locations around the world.  Of course there are changes in diet, depending on economy and what grows nearby.  Construction materials and architecture have an impact on psychology (think Montana mindset vs. Manhattan).  There are also varying levels of fashion promiscuity.  But, the animal under the clothes is the same.  It makes no difference if it’s a businesswoman in Tokyo or a traditionally dressed Mayan on the bus with me and her two chickens.  The fundamental motives are the same: eat, sleep, reproduce.

Also, within any group of people, there are varying degrees of individual courage.  This determines how much that person can resist the influence of society to be “normal”.  Get 4 people from 4 different corners of the globe and you’ll have a wimp, a boss, a prude, and a slut, relatively speaking.  It’s a broad spectrum of people out there that can never be neatly grouped in categories.

That being said, there are some irrelevant trends that seem at first interesting and later invisible.

On the surface, everyone seems to be a Christian, believing in one and only one God.

The “ancient” religions ended when the Spaniards came down to rape the people of their gold, while simultaneously spreading the love of Christ.  Before they believed in a Sun god, a Moon god and a bunch of other gods.  One list of Mayan gods has 37 entries beginning with the letter ‘A’.  When I expressed my interest in the idea of a Sun god and a Moon god, my most open-minded Guatemalan friend looked at me like I had a pelican beak.

But, being Christian doesn’t keep most people from having pre-marital sex like rabbits and a ton of other things that the bible prohibits.  “You and me baby ain’t nothin’ but mammals…”  So, once the thin cultural veil is lifted to drink a couple of beers, the rules are pretty much the same as anywhere else.

***Antigua is an anomaly.  It is a cultural hub with enormous western/liberal influence.  Any night of the week you can walk into one of the 20+ hostels and find citizens from 6 continents to party with.  Therefore it is not an accurate representation of Guatemala.***

Guatemala City is only an hour away by car.  Lots of hard working Guatemalans come to Antigua on the weekends.  Last week I met a young Guatemalteca from “the city” looking for a way to keep her bed warm through the cool mountain night.

The bar scene is much like the bar scene in any other city and depends on the bar itself.  There are at least 30 to choose from.  Hopefully, you are starting to see how difficult it is to answer the question: How are the women?  Answer: Awesome.  The same as anywhere else.

According to one website, the average female height of a Mayan Guatemalan is 4′-6″.  In Spain, it’s 5′-3″.  Antigua is influenced from all over the world.  One of the local girls I work with has bronze skin and goes up to my chest.  Another looks slightly Japanese is almost as tall as me.

Most local food is cooked in grease or oil, so like the southeastern United States, a lot of Guatemalans are fat.  Luckily, there is an abundance of quality fruits and vegetables, far cheaper than the addicting, unhealthy food.

A strikingly large gym culture exists also, which produces people that look like they go to the gym.  My Zumba teacher can wreck my whole week just by smiling and saying “Hola!”  Someone asked me if Zumba was for women trying to get back in shape after having kids.  Some members of the class fit this description. Others are like looking into a fiery jet turbine.

A lot of Guatemalans marry and start families young.  In Antigua, the weight of society varies depending on background, occupation, and many other factors I don’t pretend to understand.  A bartender born in Guatemala but who grew up in California will have a different way of moving through life than a girl selling fruit in the market. 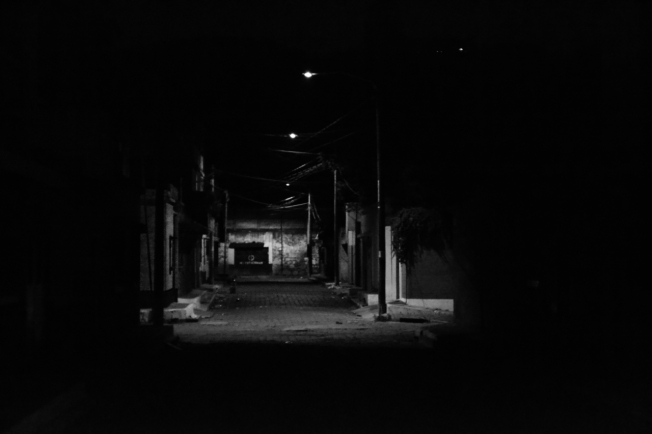 To find a new party, you have to travel through the unknown until you hear the music.

What other subjects are you curious about?